Rally organized ‘in act of solidarity’ with Black Lives Matter movement in U.S., rest of Canada 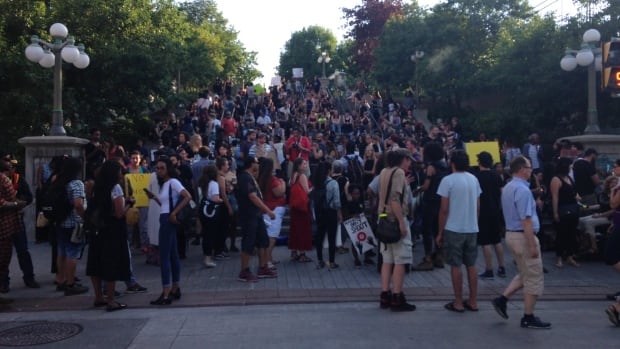 Hundreds of people packed the staircase beside the United States embassy in Ottawa for a rally Monday night to show support for the Black Lives Matter movement south of the border, which has become even more heated in recent weeks.

The rally happened the same night another black man, allegedly armed with a knife, was shot and killed by police in California, and just two days after a man in Texas was shot while reportedly pointing a gun.

Many in the large, diverse crowd gathered on Sussex Drive held candles and chanted “Black lives they matter here!”

Several speakers also took to the microphone to share stories of fear and hope after the violence south of the border. 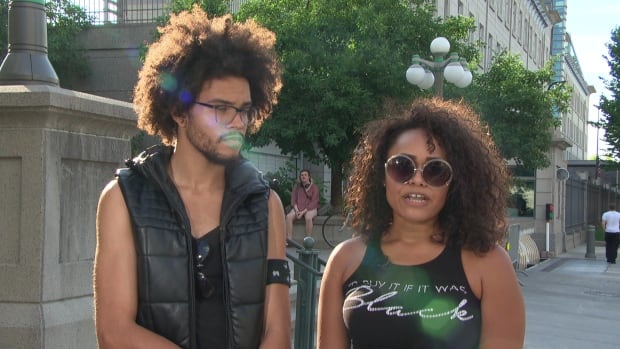 Alicia Lejour told the CBC’s Adrian Harewood she was left “heartbroken” by the recent violence in the U.S., and felt compelled to help organize the event.

“Just because [Canada is] better in comparison to the United States doesn’t mean that we are doing a good job,” Lejour said.

“When you’re comparing anything to an extreme you probably are going to come out looking pretty good. There definitely is issues with the police in Canada, along with just systematic oppression.” 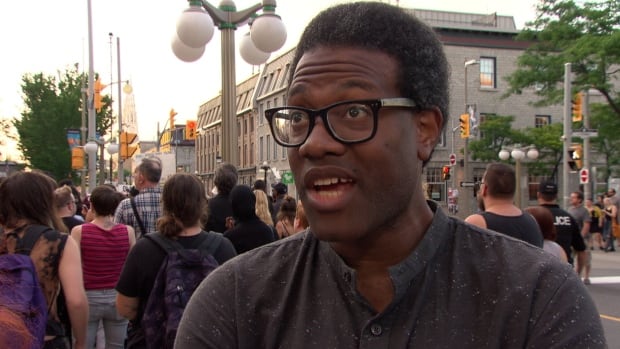 “I just think it’s really sad that it took technology … for people to realize the things that we’ve been feeling for centuries,” Edwards said.

“Video instant proof is shown, and it’s like, ‘Oh, maybe there is a problem here.'” 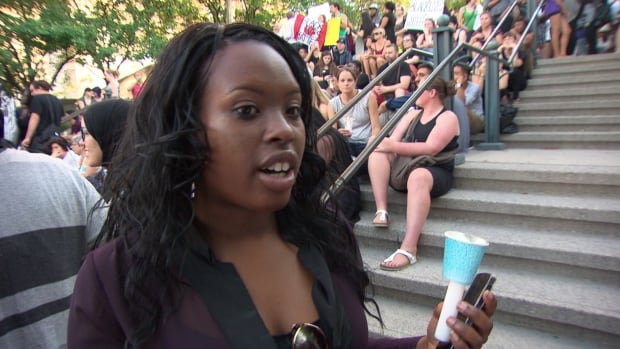 Alexandra Andre lived in the U.S. for several years, but says she moved back to Canada because she “didn’t feel welcome.” (CBC)

Alexandra Andre grew up in Ottawa, but lived in New York between 2001 and 2006. She said she moved back to Canada because she didn’t feel “comfortable” as a black woman living in the United States.

“The thing is that, while living in the U.S. I realized that … we, they are not wanted there … and I didn’t feel welcomed when I did live in the U.S.,” Andre said. 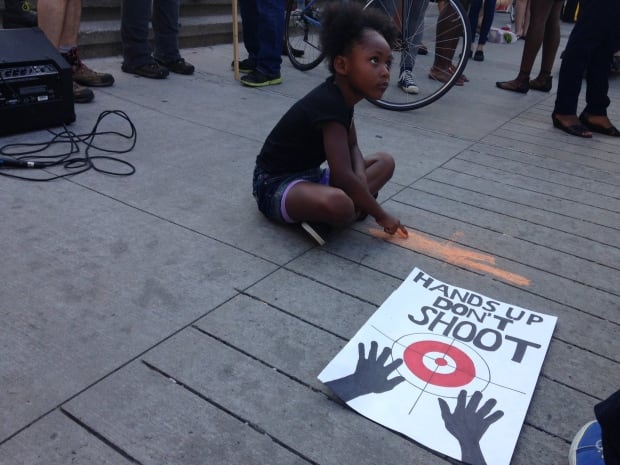 A diverse crowd of men, women and children were at the rally outside the U.S. Embassy in Ottawa on July 11, 2016. (Hillary Johnstone/CBC)