The University of Ottawa’s human rights office is looking into an incident Wednesday in which a black student who had been skateboarding said he was carded then handcuffed for two hours on a campus street.

Jamal Boyce posted about the encounter on social media Thursday, saying he was skateboarding when he was stopped by campus security staff, who asked him for identification.

He posted on Twitter that he told the guards he didn’t have his wallet on him, and that they followed him as he walked away and eventually grabbed and arrested him.

The exact circumstances leading up to the arrest are not captured on a 45-second video Boyce posted, which is pointed toward the ground. 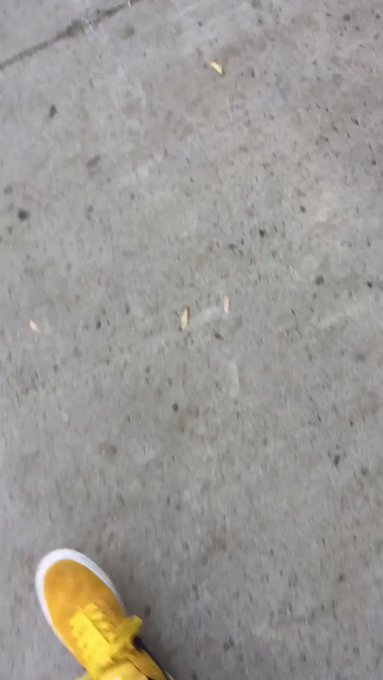 I was forced to sit on thr busiest campus toad in handcuffs for 2 hours. This was humiliating and messed up experience. @uOttawa security used their authority to harrass and demean me. Is this how students will be continued to be treated on campus @uOttawa?

In an interview with CBC News, Boyce said that being a heavily-involved student with a strong academic record didn’t shield him from campus security.

“I graduated with an amazing 9.0 GPA. I am the vice-president of the student association of my program, and I’ve made an amazing community at school,” Boyce said.

“But it felt like even all of that, in that situation, still just wasn’t enough.”

Boyce said that while professors and student groups reached out to offer support, as of Friday afternoon he still hadn’t heard from University of Ottawa officials.

Christopher Kelly-Bisson, a PhD candidate in political science who said he doesn’t know Boyce personally, told CBC News he was leaving campus when he saw about 30 people gathered outside the library.

“There was a black man … being detained by the security. Very shortly after I arrived, the Ottawa Police Service arrived as well and they were taking a statement,” he said, adding it appeared that Boyce was being co-operative.

Some people in the crowd were asking why the man was being detained, he said.

Kelly-Bisson said while police were on the scene, another skateboarder whizzed by without incident.

“This fellow — a white guy — just skateboards by. And then a few people from the crowd were like, ‘Hey why don’t you arrest this guy?’ And then the security guard piped in and said, ‘Oh, well, he’s not doing tricks,” Kelly-Bisson said.

Police later put Boyce in the back of a police vehicle for about 10 minutes, and then let him go. Kelly-Bisson said the crowd stuck around to make sure Boyce was OK.

Ottawa police said they were called by University of Ottawa security staff to help identify a male arrested under the Trespass to Property Act for engaging in a prohibited activity on private property, and for failing to identify himself.

The security staff wanted to educate him about the act and identify him and “didn’t want to pursue … charges,” police spokesperson Const. Amy Gagnon wrote in an email.

“OPS has no other involvement with this incident. The male was released unconditionally.”

Police said university security staff do have the authority to make arrests under the Trespass to Property Act and the Liquor Licence Act.

‘People doing tricks on campus all the time’

Kelly-Bisson said skateboarding is common on campus, with students and non-students “of every race and age” performing tricks.

“It really marked me as like, this is a targeted thing.… If they were going bust everyone who skateboards on campus, they would be pretty busy.”

He said he heard other racialized people in the crowd chatting about problems they’ve had with campus security — and that as a white man who’d never had similar problems, that was a bit surprising.

“I know that there is … systemic racism in our society. But it was a shock to me to hear that so many people are having such a problem with security on campus,” Kelly-Bisson said.

Jacques Frémont, president and vice-chancellor of the University of Ottawa, said at a news conference Friday that “racism has no place on our campus.”

He said he asked the director of the university’s human rights office to conduct a review and make recommendations about what should be done in the short and long term to improve policies and procedures.

The university has also asked for an external review and will look at whether disciplinary measures are in order, he said, adding that none have been taken so far.

According to the university’s security policy, University of Ottawa grounds and buildings are private property and the university reserves the right to bar any person from that property.

Protection Services staff have been authorized to request proof of identity from people on campus since 1992, but the policy doesn’t specify whether people are required to provide ID.

As for Boyce, he hopes the incident provides school administrators a chance to address issues that students like him face — both on campus and beyond.

“This is the opportunity to open up a very broad conversation into the systematic issues that black and Indigenous youth face in Canada — and what we are doing in our nation’s capital as a community, as a university, and as individuals to ensure that this stuff doesn’t happen in the future again,” he said.

A message from the President of the University of Ottawa…
20 June, 2019
Tweet Pin It