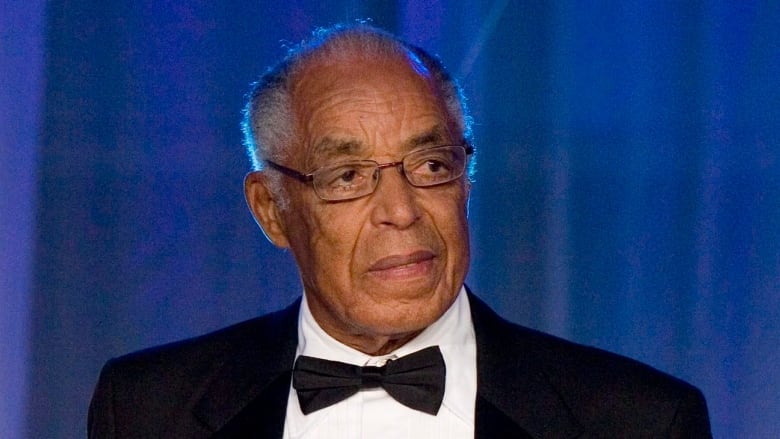 Bromley Armstrong, a trade unionist and community organizer, died on Aug. 18 at the age of 92. (Chris Young/Canadian Press)

It was a quiet passing for a man who helped shaped race relations in Canada.​

Bromley Armstrong, a trade unionist, civil rights leader and community organizer, died on Saturday. He was 92.

Armstrong came to Canada from Jamaica in the late 1940s. He left a lasting mark on his home province of Ontario — becoming a strong voice in the fight to improve civil rights and labour laws. His efforts earned him the Order of Ontario and the Order of Canada.

Herman Stewart, former president of the Jamaican Canadian Association, spoke with As It Happens guest host Helen Mann about how he will remember his friend and why he hopes more people will learn about the important legacy he leaves behind.

Here is part of their conversation.

How did you first meet Bromley Armstrong?

I met Bromley in 1981. I was a union organizer and I went to the Ministry of Labour, the Labour Relations Board, to present an application for certification. And he was a member of the tribunal that was hearing the application.

As soon as we got a lunch break, he came over to introduce himself to me and that started a long friendship. 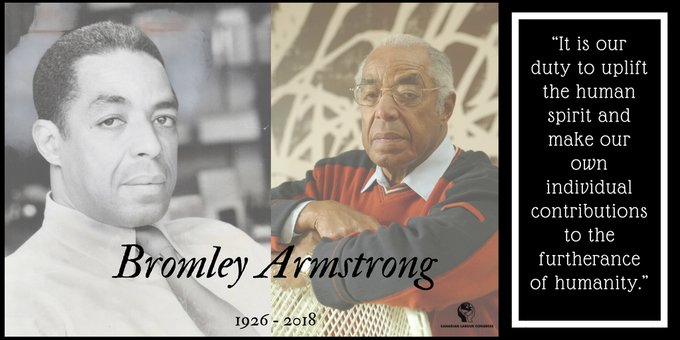 I understand he encouraged your own activism.

The first conversation we had, he was selling me on the idea of becoming involved in the Jamaican Canadian Association, which was the largest and longest serving community group in the Jamaican community.

I was a bit hesitant, but he showed me all the positive things that could come out if I agree, you know, to get involved with the Jamaican Canadian Association.

And I did. Eventually, I served on the board for over 20 years, and part of that service on the board was to be president of the Association for five years. 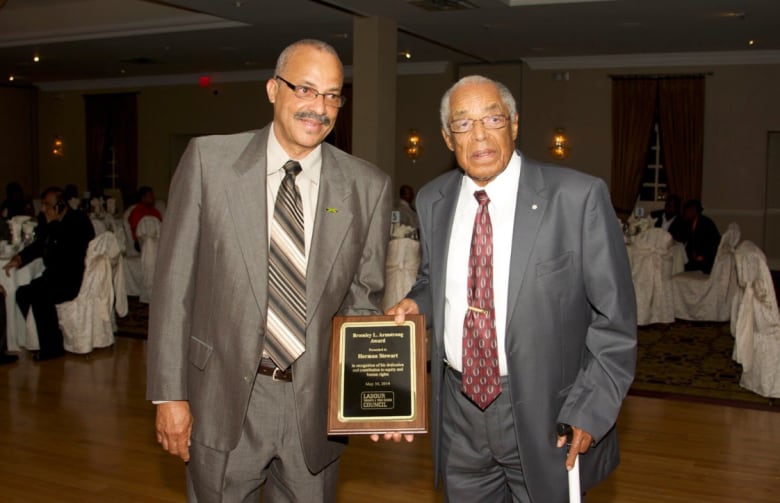 Many people who knew Bromley Armstrong are saying that we’re missing out here by not knowing more about this man, that he really was one of the most important activists in Canadian history. Why do you think he’s such an important figure?

He was someone who was not afraid of calling a spade a spade, and he wasn’t afraid to rock the boat.

He was involved in so many community things, you know, whether it’s human rights, whether it’s housing accommodation, whether it was immigration, he was always there in the front of the line.

He made several representations to Parliament in Ottawa back in the ’50s, back in the ’60s, with regard to Canada’s immigration policy at the time, which was very difficult for black people to get into Canada.

When he was first new to this country, and he was trying to get a job as a welder, he came up against some pretty major obstacles. What did he do to achieve his own goals?

When he went to work at the Human Rights Commission as a commissioner, he spoke out, especially on policing in the [Greater Toronto Area]. Some people in the establishment did not like what he was saying, but he was talking truth.

Eventually he was was proven right. It’s because of his activism that we have the SIU [Ontario’s police watchdog] and so many positive changes.

Was he not discouraged from becoming a welder because of being black?

You can draw your own conclusion, but he was given the worst of the jobs on the shop floor. He had a hard time there and he didn’t last very long there, but he wasn’t discouraged.

Everything he tried to do, he was up against a lot of obstacles.

When restaurants in certain parts of Ontario were not allowing black people in to have a meal, he went. He went several times. He went and was turned away so many times, and he kept going until that put pressure on the provincial government to say, hey, we have to do something.

He was always there. He was a fighter. 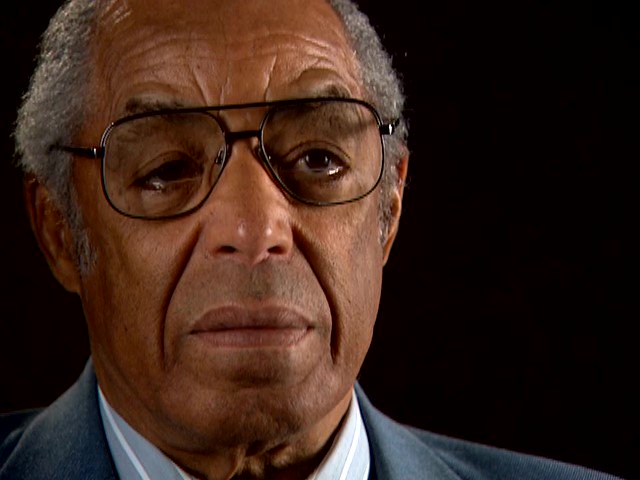 We are saddened to learn of the passing of Human Rights, Civil Rights and Labour Rights leader Bromley Armstrong.
Discover a portion of his story in the #NFBdoc ‘Journey to Justice’ → http://bit.ly/2nUdijQ #NFBdoc #BromleyArmstrong #BlackHistory #BlackRights #Canada

What would you like younger people who are just learning about Bromley Armstrong to think of him? What would his legacy be?

His legacy is that we should not be complacent. We should not accept the status quo. We should work tirelessly all the time for a better community for everyone. And that’s what he did.

I think the school, the education system in Ontario and in Canada in general, they should make sure that these youngsters, whether they are black, white or whatever, they should know about some of these people who fought for a better life for them.

Do you think that fighting racism in the workplace has changed significantly because of Bromley and those like him who fought what they found there?

It has changed, and the change is the result of his activism, but I don’t think it significantly changed there are a lot more to be done.

Written by John McGill and Sheena Goodyear. Produced by Nathan Swinn. Q&A has been edited for length and clarity.