From Black Action Defense to Black Lives Matter TO: decades apart but demands are the same 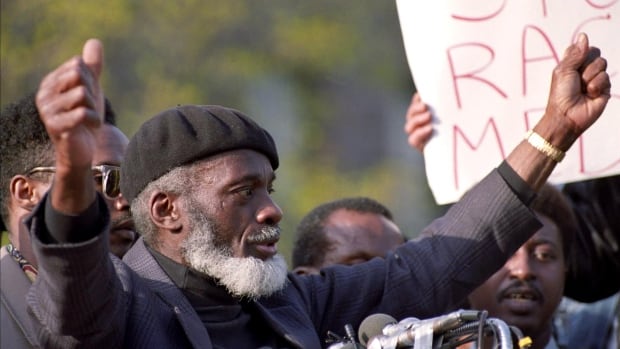 Those were the words written on a sign held by a Torontonian during a protest back in the 1980s. It was a response to a growing list of young black men shot dead by police at that time.

Many activists in Toronto’s black community would say it’s not much different today.

There are still protests on Toronto streets, and demands for justice for young men like Andrew Loku and Kwasi Skene-Peters, who were killed in confrontations with Toronto police in the summer of 2015, and Jermaine Carby, who was shot dead by police in Peel region in autumn of 2014.

“People were saying, ‘It’s so bad in the United States; thank God we don’t have that here,'” she said about many Torontonians’ reaction to a string of police shootings south of the border. But she believes the situation here is reason for alarm, as well.

“People just don’t know; it’s just not in their minds … This is telling me that something is missing in Toronto with respect to this conversation.”

‘This large thing called anti-black racism is a real hydra-headed beast.  You chop off one head here and another grows.’— Lennox Farrell, Black Action Defense Committee

A few decades before Black Lives Matter, there was the Black Action Defense Committee (BADC), created for the same reason with the same mission. The killing of Lester Donaldson, a 44-year-old shot dead by police in his rooming house apartment, was the catalyst for change.

“It became a kind of circus, the killing of black men. Lester Donaldson was ill and his shooting was so egregious, it stirred a kind of anger,” says Lennox Farrell, one of the founding members.

“And then the police officer who shot him, not only was he cleared but he came out, when he won the case, with a cigar in his mouth wearing cowboy boots. The forming of BADC came after that.”

The group rallied support from people of all races and demonstrated, demanding equal rights and justice. But there was one man, Dudley Laws, who quickly became the face of the organization. He had a distinct look with his familiar grey beard and black beret, working tirelessly for the cause. 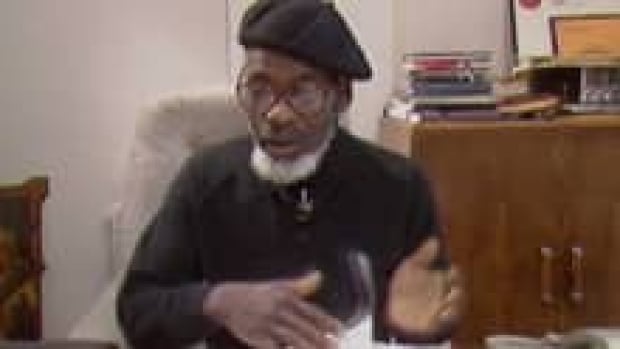 Dudley Laws was executive director of the Black Action Defense Committee. He died in 2011 at the age of 76. (CBC)

“When people got in a conflict situation, they would say, ‘I am going to bring Dudley Laws,’ and they got justice because people were afraid. His name had that kind of cachet,” Farrell said.

Kingsley Gilliam, another founding BADC member agrees, “He was the voice for the voiceless. He committed his entire life to the struggle. He didn’t get a penny for that role.”

Laws’s mission was to hold Toronto police to account and BADC’s continued calls for action led to major police reform in 1990 with the creation of Ontario’s Special Investigations Unit, an independent body that probes police shootings.

The SIU was the first of its kind in Canada and the culmination of many years of demonstrating on Toronto streets.

A young Toronto police officer at the time, Deputy Chief Peter Sloly, remembers the bold tactics Laws employed. He said he didn’t always agree with what the civil rights leader had to say but he understood how important Laws was to the black community. 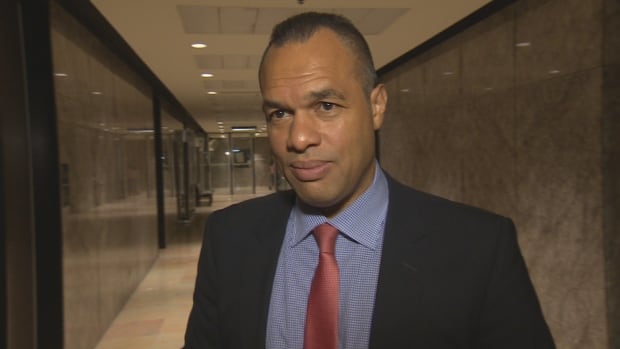 Toronto Police Deputy Chief Peter Sloly was a young constable when Dudley Laws and the Black Action Defense Committee first hit the streets. He says the controversial practice of police carding should be reformed, not abolished. (CBC)

“[He was]trying to create a more inclusive society and right wrongs from the past. We have advanced as a community. I say, ‘we’ as the black community and ‘we’ in a larger sense, everybody benefited,” said Sloly. “So, did Dudley speak for everyone all the time? That wasn’t his intent and that really wasn’t what the measure was. Was Dudley trying to create a community where everyone felt safe and well served?  In that sense, Dudley spoke for all of us.”

BADC may have laid the groundwork for change but young activists today say the work is far from over. Not only are black men still dying at the hands of police, they say, the issue of police carding in Toronto has been front and centre.

Activist and journalist, Desmond Cole waged a public battle against the controversial practice of random police street checks, which disproportionately targets young black men. He’s also written about his experience of being stopped more than 50 times by police. 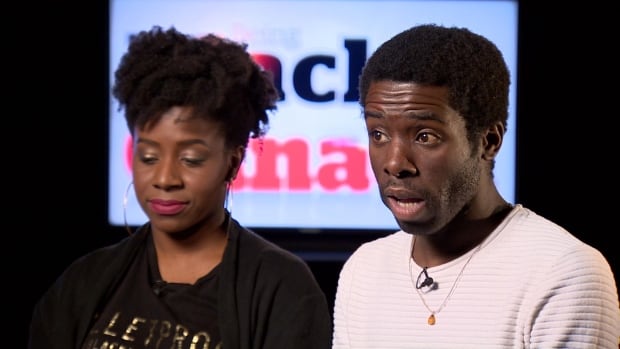 Desmond Cole and Sandy Hudson took part in a panel discussion on what black activism means to them. (CBC)

“I’ve come to expect certain things now when I’m around police and I’ve become very guarded about how I behave,” Cole said. “It’s very hard to explain to people who don’t have to think like that, what it feels like and how humiliating it can be, how mentally stressful and debilitating it can be. The important thing for people who don’t experience this … is to listen.”

Cole and Hudson want Toronto police to hear their experiences and their demands.

Deputy Chief Sloly says he understands their concerns, but says the carding system needs to be revamped, not eliminated.  “Carding needs to be absolutely reformed.  Policing has to be lawful, not racially-based,” Sloly said.

The surviving members of BADC are watching the Black Lives Matter movement closely. In fact, Lennox Farrell said it’s eerily reminiscent of the way they used to protest and it’s disheartening to see not much has changed.

“You have an out of body experience when you talk about carding. We were there before,” Farrell said. “This large thing called anti-black racism is a real hydra-headed beast. You chop off one head here and another grows.”

Kingsley Gilliam still works out of the organization’s office at St. Clair West and Oakwood Avenue. While the building remains the same, their strategy has changed with the times. He said they’re no longer out on the streets, they’re in Toronto courtrooms, instead.

“We are marching on through the courts because we know that the courts have the greatest opportunity to deal with these legal, constitutional issues. You have to be able to move from activism to implementation.”