An Ottawa graduate student who survived two kidney transplants has been identified as the woman fatally injured by a falling tree during a brief but violent thunderstorm on the afternoon of Sept. 27.

Hiba Yusuf, 37, suffered multi-system trauma and went into cardiac arrest when a tree fell on her outside the General Campus of the Ottawa Hospital. A funeral service was held for her on the weekend.

Yusuf told CBC in 2015 she was grateful for her second life-saving kidney transplant, one that gave her the opportunity to pursue a career in medical research and passionately advocate for organ donation.

“I’m sort of giving back to the health care system that has helped me survive and thrive and become somebody who can actually give back,” she said at the time. 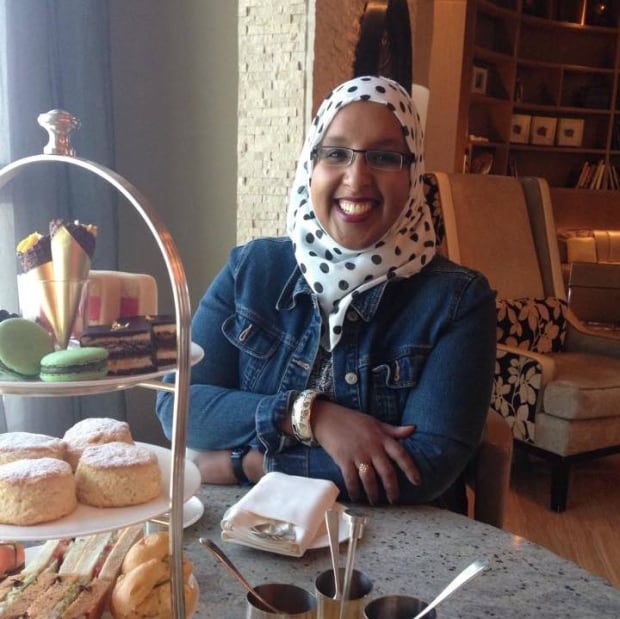 Yusuf knew only too well the fear and anxiety of those waiting for replacement organs. She was diagnosed with chronic kidney disease in 2000, and a rare blood type made a match hard to find.

Eventually her younger brother gave her one of his kidneys and the success of the operation allowed her to finish a degree in cellular and molecular medicine at the University of Ottawa. Her main focus of research was causes and treatment of kidney disease.
Eight years later, when that kidney failed, she was back on dialysis and a wait list. That wait lasted three years, before she received another kidney in 2012 from a 25-year-old woman who had died but donated her kidneys.

‘Nothing is going to stop me’

Yusuf’s niece, Sagal Searag, is remembering her aunt as an inspirational, well-travelled woman whose spirit brought people together.

‘She was so focused and so driven to the future, it was amazing.’– Sagal Searag, niece

“‘Nothing is going to stop me’ — that was her attitude,” Searag said Wednesday. “She was so focused and so driven to the future, it was amazing. You would not have known she was a sick person or someone who had gone through so much in her life.”

Loved ones travelled from near and far for her funeral last weekend to support the family, who is handling the tragic loss with grace, Searag said.

“I know that [Yusuf] only lived for a short period of time but she made such an impact and she would have continued to make an impact,” she said.

“This was the time that was given to her, and she is a role model for me and others to just kind of do everything that we can for the time that we have here.”

Yusuf was a tireless advocate for raising awareness about the benefits of organ donations. She spoke about her personal experiences when she participated as a ‘human book’ at CBC Human Library events at the Ottawa Public Library.

“We are saddened to hear about the passing of Hiba Yusuf,” said Ronnie Gavsie, president and CEO of the Trillium Gift of Life Network, in a statement of condolence.

“We hope that those close to her and who knew her can take some small solace in the fact that her passion and advocacy helped bring attention to this important cause,” Gavsie wrote.