More than 100 people gathered at the Hintonburg Community Centre for a conference that explored issues of race and mental health in the criminal justice system in response to the July death of Somali-Canadian Abdirahman Abdi. (Chloé Fedio/CBC)

The video of Abdirahman Abdi lying lifeless on the pavement outside his Hintonburg apartment building, surrounded by police officers as his mother wails in the background, is haunting to Amina Mire, a fellow Somali-Canadian and a mother.

But the scene is not altogether surprising in a country with a justice system that “has never been colourblind,” the Carleton sociology professor said during a community conference prompted by Abdi’s death in July.

“We’ve been convinced that justice is blind,” Mire said during a panel in the basement of the Hintonburg Community Centre, just blocks from where Abdi died.

“We have to arrive at a point where we actually acknowledge that, in fact, we’re living in a racist society. So how [do we] go beyond that instead of being paralyzed?”

More than 100 people gathered for the day-long “Justice For Abdirahman” conference on Sunday that explored issues of race and mental health in the criminal justice system, with examples of anti-blackness and the criminalization of Indigenous people.

Two cousins of Inuk artist Annie Pootoogook, who was found dead in the Rideau River in September, also addressed the conference during opening remarks, calling for an end to racist policing. 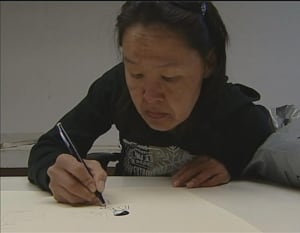 Inuit artist Annie Pootoogook, of Cape Dorset, Nunavut, is seen here in a still from a 2005 documentary. She was found dead on Sept. 19 in Ottawa. (CBC)

An Ottawa police sergeant has been accused of posting troubling comments online, suggesting that Pootoogook’s death is “not a murder case” and that “many Aboriginals have very short lifespans, talent or not” — even as suspicious elements of her death are still under investigation by the force.

Algonquin elder Albert Dumont, who also addressed the conference, said it’s time to “loudly and fearlessly” demand that police are “colourblind when they see a citizen. They just see a member of the community,” he said.

Dumont said he knows not all police officers are racist but even a handful is too many.

“Get rid of them,” he said. “I want police to be top of the line. And why shouldn’t I expect that in the nation’s capital?”

More than 2 months since Abdi’s death 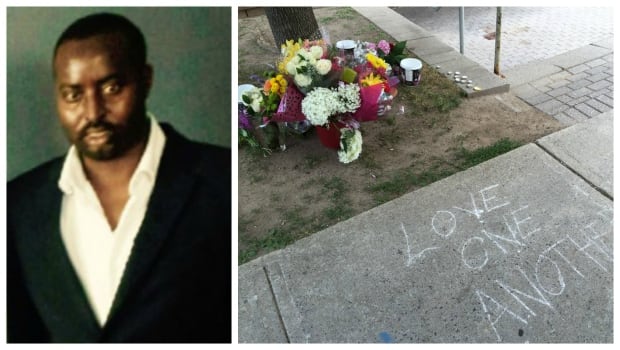 Abdi, who family members said had a history of mental health issues, died after what witnesses described as a violent arrest outside his apartment building.

Witnesses said the 37-year-old man was pepper sprayed, beaten with a baton and punched in the head by police officers after a call to a nearby coffee shop on reports he had been groping women.

The Special Investigations Unit, Ontario’s civilian law enforcement agency tasked with investigating police officers, is probing the actions of two officers — Const. Dave Weir and Const. Daniel Montsion — on that fatal day but it could take months before a report is finished.

Toronto defence lawyer Christien Levien, a panelist at the conference, called the SIU a “broken” organization.

The Justice for Abdirahman Coalition has repeatedly called for the SIU report to be made public once it is complete, and condemned the practice of keeping such reports from the public.

Mire encouraged Canadians to challenge the system that protects police, which she described as hierarchical, and embedded with racism and privilege. 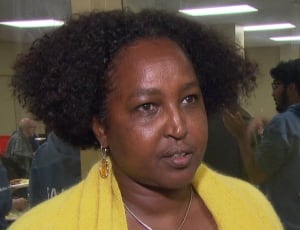 Amina Mire is a professor at Carleton University. (CBC)

Mire said the widely circulated video of Abdi after his arrest was “traumatizing” to watch, affected her “profoundly” as a member of the Somali community in Ottawa.

But she added that the diversity of participants at the conference was encouraging to force change in the justice system and society as a whole.

“It is those that the system so privileges that we need to invite and show them, in fact, that the privilege that they enjoy is one that is based on hierarchy and disadvantaging of other people,” she said.

“We make it systemic, collaborative and we invite as many of those that are so privileged and all those that have been disadvantaged.”

Conference organizers plan to create a “consensus document” based on Sunday’s discussions.