Judge defends ability to balance advocacy work with the job 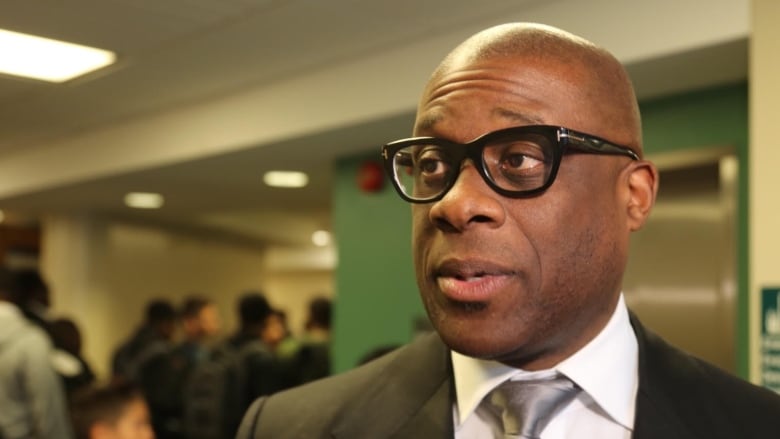 An Ontario judge who was questioned and cleared for his role with an advocacy group for black Canadians said his work in the community strengthens his work as a judge.

Part of the reason was his founding of the Federation of Black Canadians in 2016, which aims to “advance the social, economic, political and cultural interests of Canadians of African descent.”

While he had his involvement cleared with an ethics committee in advance, he was still accused of failing to uphold integrity, impartiality and independence of the judiciary, particularly because the federation meets with politicians.

The Ontario Judicial Council cleared McLeod in December, saying his “measured and respectful” work with the federation didn’t affect the public’s confidence in his ability to do his job.

McLeod stepped aside from the federation last year.

On CBC Radio’s All In A Day Monday, McLeod said judges being involved in the community should not be viewed as a negative.

“We are able to go out and help. I think that does not bring the administration of justice into disrepute,” he said.

“In fact, I think it is something that helps.”

On a regular day, he’s a judge at the Ontario Court of Justice. Today, he got some recognition for following the path of Martin Luther King Junior. 9:48

He said his ethnicity and background is just part of how he views the world, as it would be for anyone.

“I think as a black judge, the world through my lens has a different flavour; it doesn’t mean that flavour is better, worse or incorrect,” he said.

“It is just a tool in my arsenal.”

McLeod, who grew up in Toronto’s Regent Park neighbourhood, said it was an honour to receive the award.

He said he draws a lot from King’s legacy.

“The thing that stands out the most for me is that he was willing to stick his neck out, to go the extra mile for a community that he knew needed more than it was getting at the time,” he said.

He said he doesn’t compare himself to King, but learns from his life.

“I am able to draw from an experience that he had, or draw from things I have read about him and get through some of the same difficulties that I might have.”