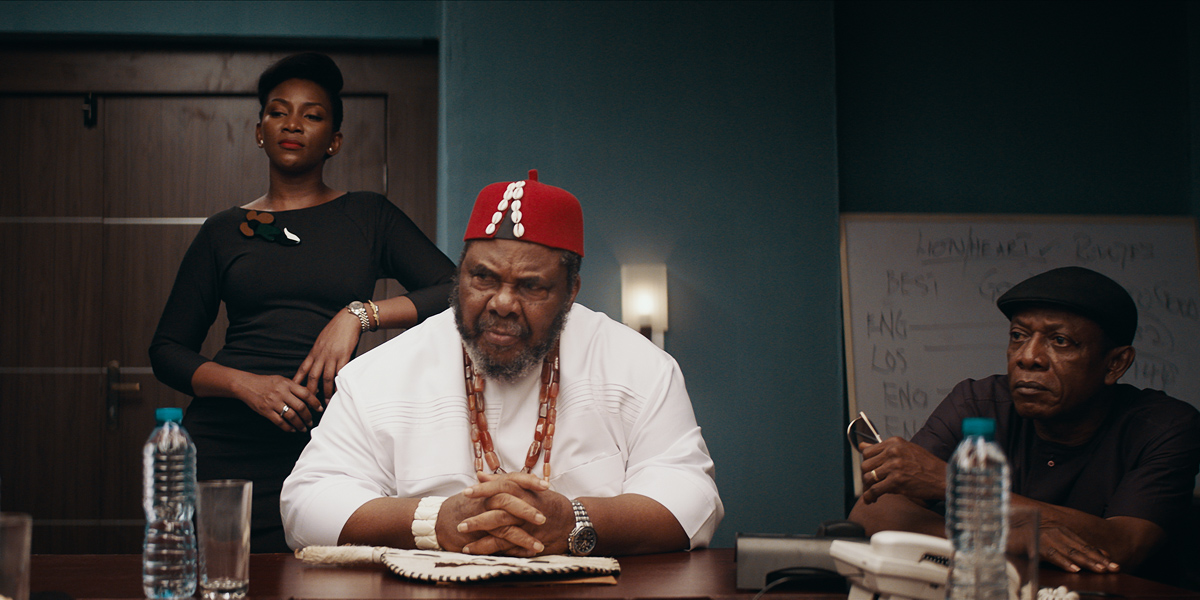 Nollywood superstar Genevieve Nnaji returns to TIFF, this time behind the camera with a directorial debut that puts a new spin on the old adage “family and business don’t mix.”

Nnaji plays Adaeze, a level-headed executive in her father’s bus company, Lionheart Transport. Time and again, Adaeze has proven her keen ability to make a profit and to manage the most heated situations. But when her father (stalwart star Pete Edochie) falls ill, both she and her rival (Kalu Egbui Ikeagwu, boosting the marquee cast) are passed over in favour of Adaeze’s less-than-suave uncle, Godswill (Nkem Owoh, who lights up the screen with his comic presence).

Determined to fight her way to the top, but not wanting to go against her father’s wishes, Adaeze feels like the proverbial bus has left the station without her. She must quickly shift gears, however, when she and Godswill discover that Lionheart is running on fumes, financially. Together, the unlikely duo must come together to save the company and their family name.

Sharply and comically observed, Nnaji’s film deals with the everyday sexism that saturates workplaces everywhere, and captures the delicate balance between honouring one’s family while finding the courage to strike out on one’s own.