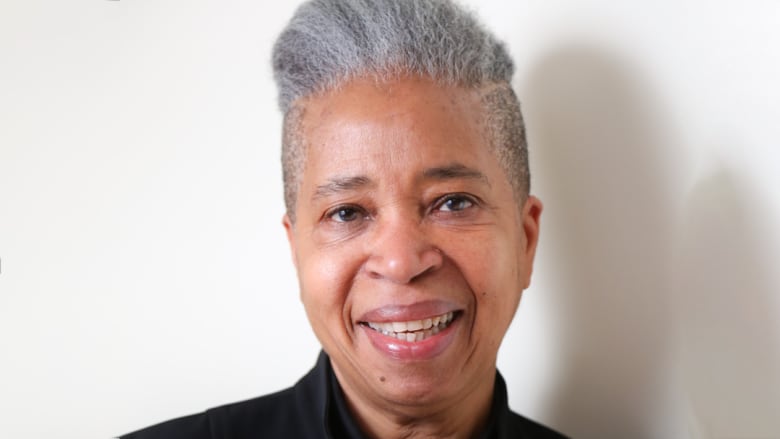 Dionne Brand is a poet, novelist and professor. (Jason Chow)

Dionne Brand is the second-ever recipient of the Blue Metropolis Violet Literary Prize.

The $5,000 prize annually recognizes an LGBTQ Canadian writer for their body of work and the “overall contribution” the writer has made to LGBTQ literature in Canada. The prize alternates between a francophone and anglophone recipient. Brand is its first anglophone recipient.

Brand is a novelist, essayist and poet. She won the Governor General’s Literary Award for poetry and the Trillium Book Award for her 1997 collection Land to Light On. Her collection thirsty won the 2003 Pat Lowther Award, given annually to the best book of poetry by a Canadian woman, and in 2009 she served as the Poet Laureate of Toronto. Her novel What We All Long For, about four 20-somethings living on the margins in Toronto, won the City of Toronto Book Award in 2006.

She won the 2011 Griffin Poetry Prize for Ossuaries and in 2017, she was named to the Order of Canada.

Her latest books include the novel Theory and the poetry collection The Blue Clerk, which was a finalist for the 2018 Governor General’s Literary Award for poetry.

The jury for the 2019 prize was comprised of filmmaker John Greyson, journalist and former CBC broadcaster Bill Richardson and writer Zoe Whittall.

“Dionne Brand’s novels, poems, essays and documentaries are an enduring testament to her commitment to the barricades. Deliberate, rigorous and inspired, for over forty years she has called to account the forces of class and capital that have provoked so much enforced migration, dislocation and division; so much race and gender based poverty, inequity and violence,” the jury said in a press release.

Brand will receive the prize at a special event at the Blue Metropolis Montreal International Literary Festival on May 4, 2019.

2018 was the first year the Violet Literary Prize was awarded. The inaugural recipient was Nicole Brossard.