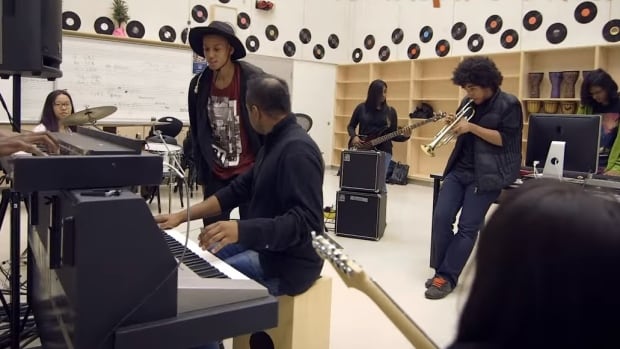 The move to collect demographic data such as race and ethnicity will be announced today by Education Minister Mitzie Hunter as just one part part of the province’s new equity action plan, according to a government source. (Peel District School Board/Facebook)

Mike Crawley is provincial affairs reporter in Ontario for CBC News. He has won awards for his reporting on the eHealth spending scandal and flaws in Ontario’s welfare-payment computer system. Before joining the CBC in 2005, Mike filed stories from 19 countries in Africa as a freelance journalist and worked as a newspaper reporter in B.C.

The provincial government will begin collecting and analyzing data on the ethnicity of students in an attempt to improve school achievement.

The move was announced today by Education Minister Mitzie Hunter as just one part of the province’s new equity action plan.

The government describes the action plan as its “roadmap to identifying and eliminating discriminatory practices, systemic barriers and bias from schools and classrooms to support the potential for all students to succeed.”

The document admits that student success in Ontario has not been across the board.

“The consequences are wide ranging.”

The plan includes revisiting the Grade 9 streaming of kids into applied or academic courses, as figures show kids from low-income families are significantly more likely to enrol in the applied courses and those who do have lower graduation rates.

“The time has come, the status quo is not acceptable,” Hunter told a news conference.

Hunter also said she believes Grade 9 is too soon to force kids into choosing between applied and academic streams, potentially limiting their future options as early as age 13.

“We know that disproportionately students who are in the applied stream don’t necessarily make it through to graduation or to post secondary choices, and that’s an outcome that we can’t accept.”

The decision to gather demographic data such as race and ethnicity and to analyze its relation to school achievement will help the government make better education policies.

Word of the decision comes just as students across the province return to the classroom — and after complaints of discrimination and racism made headlines during the past school year.

In April, Hunter issued a sweeping list of directives to the York Region District School Board after two high-profile incidents of racism and Islamophobia within the YRDSB: one in which a school trustee used a racial slur when referring to a black parent, and another in which a principal posted offensive material on Islam and refugees to her Facebook page.

Those two incidents were set against a backdrop of mounting complaints of systemic racism in the board.

That was followed by the YRDSB thanking the ministry for the report, albeit pointing out it contained “significant errors of fact,” and making assurances it would take action immediately.

Also in April, news emerged that almost half of Toronto District School Board students expelled over the last five years are black. That finding was one that TDSB executive superintendent Jim Spyropoulos said left him “alarmed.”

A report out of York University found that a similar phenomenon reverberated across the Greater Toronto Area, with black students routinely being streamed into applied programs rather than academic ones, and suspended at much higher rates than their counterparts.

Led by professor Carl James, the study made several recommendations which the TDSB said it would review.

And in June, an investigation into allegations that a high school teacher in Whitby, Ont., referred to a group of black students with a derogatory term using the N-word with no punishment for the teacher, according to a parent who attended a meeting with the Durham District School Board.