‘They need to share how they feel, and then we can start the conversation around the solutions’: Ketcia Peters 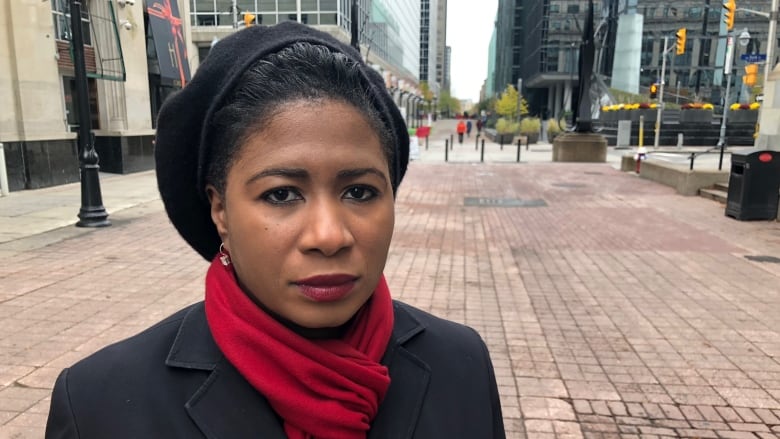 Ketcia Peters, interim co-chair of Ottawa police’s new Community Equity Council, says civilian and sworn members of the force who are worried about reverse discrimination have to be heard before solutions are found. (Giacomo Panico/CBC)

The interim co-chair of the civilian council that helps guide the Ottawa Police Service in its effort to diversify its workforce says a recent census of employees revealing pushback from white men is actually a good thing.

Ketcia Peters, co-chair of the police force’s Community Equity Council, was reacting to a CBC News story detailing the findings of an anonymous survey of staff.

The leaked draft report reveals a growing perception of reverse discrimination among civilian and sworn employees, the overwhelming majority of whom are white.

“This is not surprising. But it’s actually good,” Peters said. “We need to hear what people have to say. They need to share how they feel, and then we can start the conversation around the solutions.”

‘Miseducation around lack of merit’

According to the survey, many white members of the force are worried that efforts to hire people from diverse backgrounds are interfering with merit-based promotions, and believe they’re losing jobs to less qualified candidates.

The latest census of Ottawa Police Service officers and civilian employees reveals a divide over the force’s attempts to diversify its ranks. Ketcia Peters of the Ottawa Police Community Equity Council responded to the draft report. 0:26

“There’s going to be miseducation around lack of merit when we’re trying to diversify the workforce. It’s not the reality,” she said.

“It’s an indication that Ottawa police is a paramilitary, white male-dominated institution, and that model, that group of people, has been protected. Now, that group of people is seeing that things are changing. There’s going to be resistance. The backlash is coming from a place of fear.”

Peters said the new members of the Community Equity Council, announced Oct. 29, will be able to help.

“We have a new council, where we have new members with expertise in organizational changes, in bias-neutral policing. They have knowledge on institutional racism,” Peters said.

The council replaces the community and police action committee (COMPAC), which was disbanded in November 2017 after a review concluded it was out of touch with the community and faced barriers that prevented it from effectively challenging police. 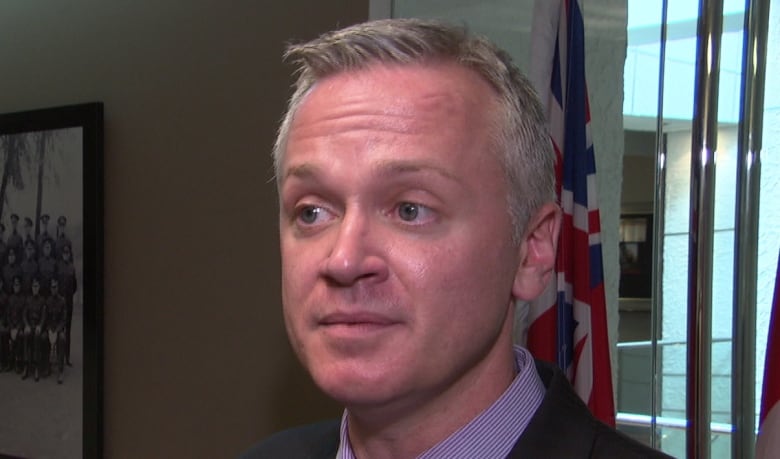 ‘How do you find that balance’

The president of the Ottawa Police Association, Matt Skof, agreed with Peters that the survey’s findings are not surprising.

“When you take a new program, as in one looking at inclusion around diversity and gender, and you overlap it with existing programs that people have been preparing for, I think it’s understandable that you are going to see some conflict or some frustration expressed to those that were doing the interviews,” Skof said.

“The challenge is, how do you find that balance now with this priority of diversity, with the existing policies, so that you don’t create an environment where it’s an us versus them concept?”

Skof said more work needs to be done to clarify the service’s hiring practices and instructions to managers.

“They can’t just say, ‘We’re just going to tell the bosses you will just pick people from these backgrounds.’ You have to have a full, comprehensive system review so that there is a balance made, because otherwise you may end up with a very significant demographic that feels alienated within the process, and that could drive morale issues going lower,” he said.