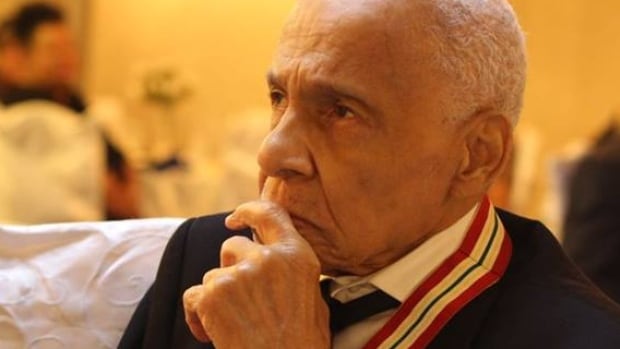 Stanley Grizzle, Canada’s first black citizenship judge and Second World War veteran, died on Nov. 12 at the age of 97. A special neighbourhood walk in Toronto this weekend will honour his role in the civil rights movement. (Submitted by Kathy Grant)

As a black man, Stanley Grizzle had no choice but to keep fighting when he returned from the Second World War.

Despite serving as a corporal in the Canadian military — a rank the Torontonian attained by standing up for himself and refusing to be stuck doing latrine duty — Grizzle returned to a country where some gas stations refused to serve him and many restaurants remained off-limits.

Grizzle, who died the day after Remembrance Day at the age of 97, overcame it all to become a union leader, the country’s first black citizenship judge and a member of both the Order of Canada and Order of Ontario.

“After all that struggle he didn’t have any hate. There was only pride,” his son, Stan Grizzle Jr. told CBC Toronto.

“He was a pretty remarkable man.”

Stan Jr. said he remembered driving to a North Buxton, Ont., gas station with his father and uncle in 1956. The owner flatly refused to serve them because they were black, then called the police. 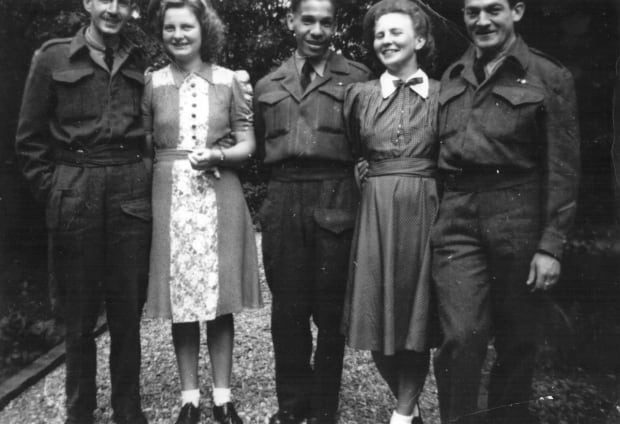 Grizzle, centre, served in Holland as a medic. This picture was taken in either 1944 or 1945. (Submitted by Kathy Grant)

Incidents like those drove the elder Grizzle, who became an outspoken activist for both the labour and civil rights movements. After the war, which his son said he rarely spoke of, he worked as a rail porter by day and attended classes at what was then Ryerson Polytechnical Institute at night.

Debate at the dinner table

Grizzle’s home in the Bathurst Street and Bloor Street West area, meanwhile, became an epicentre of activism, with numerous community leaders sitting around the kitchen and discussing issues.

“There was always talk about discrimination and racial justice and ‘trying to get out from under the bubble,'” Stan Jr. remembers.

‘They were tired of only having certain opportunities.’– Kathy Grant, historian and president of the Legacy Voices Project

This Sunday, a special neighbourhood walk called “Welcome to Blackhurst” will pay its respects to Grizzle, as well as the other remarkable black luminaries who came from that neighbourhood, including Lincoln Alexander (Canada’s first black MP), George Carter (the first black judge) and Leonard Braithwaite (Ontario’s first black MPP).

Grizzle eventually ran for the Co-operative Commonwealth Federation (the precursor to the NDP), and later, Pierre Trudeau named him the first black citizenship judge.

Kathy Grant, a historian and president of the Legacy Voices Project, said Grizzle and the others succeeded in part because of a hard-earned sense of entitlement from their military service where they were treated like men.

When they returned to Toronto, she said, “they were tired of only having certain opportunities.”

To Grizzle, she said, it was clear.

“You have to constantly fight for your rights.”

Grizzle had a few other tricks up his sleeve when it came to winning people over, including a fine singing voice and a sharp wit. In videos recorded by Crestwood school students, Grizzle cracks jokes in the Jamaican accent of his parents or mimics the Jewish family who rented part of their home to his family. 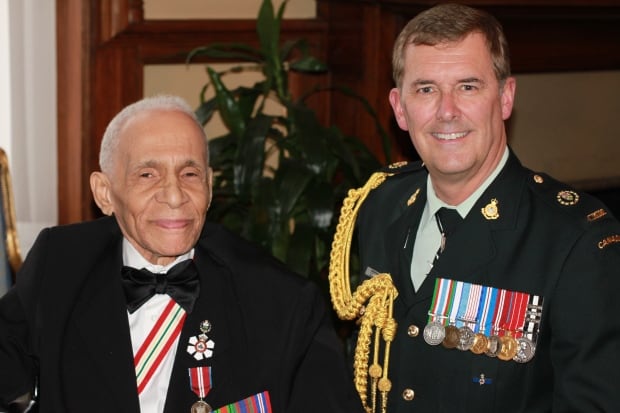 Grizzle always had a way with people, his son said, and would often crack a joke or break out an impression. (Submitted by Kathy Grant)

At citizenship ceremonies, Stan Jr. said, Grizzle would always learn a few words of the language from the applicant’s home country to make them feel at ease.

Even in the military, where Grizzle described himself as a fly in a pail of milk and faced nearly monolithic discrimination, Stan. Jr. said he “managed to spice it up.”

“He had a very engaging personality and I think that’s what allowed him to reach such heights in his careers,” Stan Jr. said.

The younger Grizzle said his father was ecstatic to be honoured for his work later in his life, but never stopped speaking out about issues relating to racism.

“He was convinced we’d move the bar a long way,” Stan Jr. said, but at the same time, his father would warn him that many issues persist.

“We can’t stop moving ahead. We have to continue moving ahead,” Stan Jr. remembers his father saying.

The “Welcome to Blackhurst” Jane’s Walk begins at 854 Bathurst Avenue at 2 p.m. on Sunday.