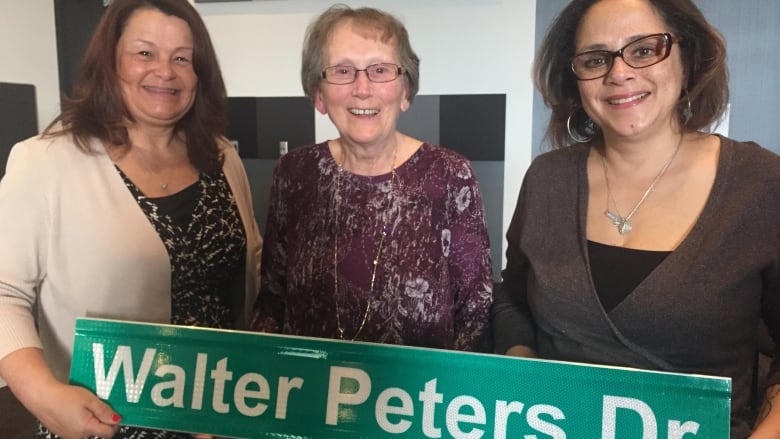 Shelley Peters and her children were on their way to a ceremony in her father’s honour when they took a wrong turn and ended up in the most fitting spot.

They were on Walter Peters Drive, a road newly renamed after her father — Canada’s first black jet fighter pilot.

“We were laughing because dad used to drive quite fast,” she joked after a ceremony at the hotel at Halifax Stanfield International Airport on Friday. “We were happy that there was no speed sign.”

When Peters, from Litchfield, Annapolis County, N.S., earned his wings in 1963, he was surrounded by white faces. He had no black role models in the Royal Canadian Air Force.

The night before his graduation ceremony, a reviewing officer remarked that Peters wouldn’t have made rear gunner in his day. The next day, that man had to present Peters with the top student award. 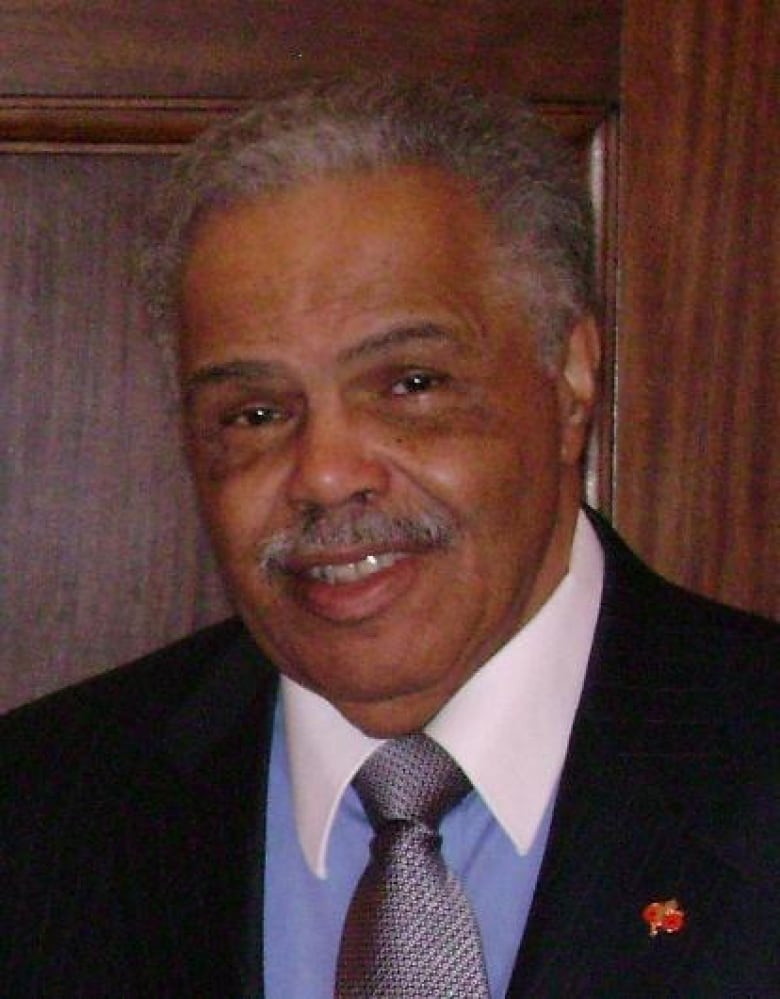 Major Walter Peters died of a stroke in 2013. (inmemoriam.ca)

Shelley said that was typical of her dad. “At the end of the day, there would always be a smile or a grin because he succeeded in spite of everything.”

He rose to the rank of major and had a soaring list of accomplishments. They included helping to create the military aerobatic team, The Snowbirds, and he later flew with them.

He also advised the United Nations on aviation safety.

After retiring from the military, he worked at the Canadian Aviation Safety Board and Transport Canada.

“Everything that he did was sort of the first of something,” said Shelley.

She said her dad pushed her to chase her own dreams, and she became Canada’s first black female Mountie, though being “first” wasn’t a goal she had set.

Two roads near the gas station, previously called Cross Road and Main Street, were officially renamed at the event.

Walter Peters Drive intersects with Mabel Hubbard Drive, a tribute to the first woman to fund aviation research — an endeavour with her husband Alexander Graham Bell.

Their funding led to the historic 1909 launch of the Silver Dart, over Baddeck, Cape Breton. It was the first powered flight in Canada. 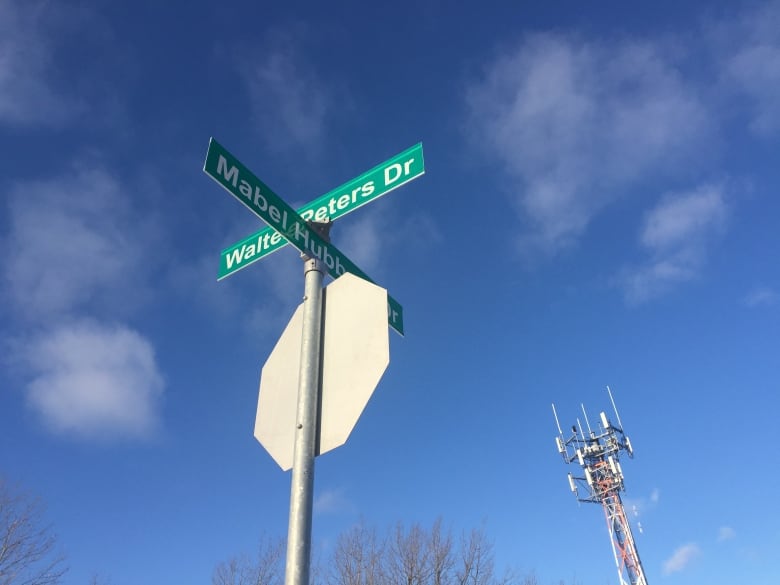 Joyce Carter, president and CEO of Halifax International Airport Authority, said they both “pioneered the way, having a goal and a vision to forge forward through adversity.”

Peters, a married father of three daughters, died in Ottawa in 2013 at the age of 76. As an airman, he moved from posting to posting, but the East Coast always beckoned.

Shelley said her dad would be proud that a road was named after him in his home province.

She hopes people driving on the road will want to look up who the man was — and discover a trailblazer in Canadian aviation.