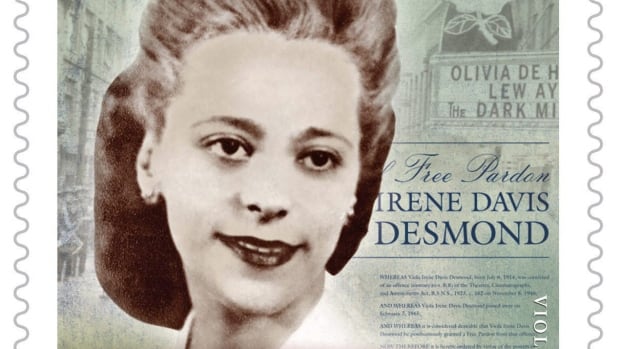 Viola Desmond, featured on a commemorative stamp in 2012. Her face will grace $10 bills in Canada, starting in 2018. (Canada Post/Canadian Press)

Canada has a long way to go in its relationship with black communities before it should put Viola Desmond on its currency.

Desmond — a successful black businesswoman known for courageously refusing to leave a whites-only area of a Nova Scotia movie theatre in 1946 — will replace Sir John A. Macdonald on the $10 bill in 2018.

But according to Toronto writer Septembre Anderson, putting Desmond on Canadian money perpetuates the myth that the country is closer to racial equity than it actually is.

Desmond was the first black woman to bring a legal challenge against racial segregation before Canadian courts, but Anderson says there’s a danger in putting Desmond on a Canadian banknote.

And it’s not because Desmond doesn’t deserve the honour.

It’s because Canada doesn’t deserve her, or any other black person, for that matter, on its money.– Septembre Anderson 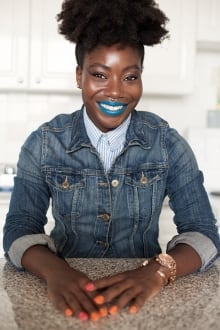 She points out that black people are the fastest-growing federal prison population and that black and other racialized women make 53 cents to every dollar white men.

According to Anderson, using Desmond’s image “reaffirms the meritocratic myth that lies at the foundation of our national story” and fails to address the systemic issues that affect black people in Canada today.

What black people in Canada need is institutional change, not tokenism in the form of a picture on money.