At about 2.00 a.m. on Sunday, November 6, 21-year-old Solomon Odekunle was seen stumbling out of a popular hangout, Piper’s Bar and Grill, in Ottawa, Canada, with blood gushing out of his neck.

Eyewitnesses interviewed by the police said few steps away, he collapsed on Coventry Road. He was later pronounced dead in the hospital.

According to Ottawa’s CBC News, Solomon, who was stabbed by a suspect, who has been identified as 27-year-old Joe Ndikuriyo, was the 17th victim of homicide in Ottawa since the beginning of 2016.

Saturday PUNCH learnt that Ndikuriyo is a Burundian national.

Even though the police in Ottawa have said they were still piecing together the timeline of events that led to the victim’s death, news reports suggest that he was stabbed during a fight between Ndikuriyo and another individual over a woman.

The victim, whose father is a pastor of the Redeemed Christian Church of God in Lagos according to residents of their neighbourhood in Fagba, Lagos, was admitted to the University of Ottawa in 2012 to study Economics.

Saturday PUNCH visited his parents’ house at the Rotimi Williams Estate, Fagba Estate on Thursday, a fenced mansion, where a domestic employee explained that Solomon’s father had travelled while the inconsolable mother had relocated temporarily from the house.

It was later learnt that the father had flown out to Canada after learning of the tragic murder of his son.

Solomon’s sister, Deborah, who is also studying in Canada, shared heart-breaking words on Twitter that corroborated words of Solomon’s friends, who described him as a meek and funny young man.

According to her, she saw him last a week before the incident.

She said, “If I did know it would be your last, I would have given you more than a fist bump. I would have gotten down on my knees and give you the deepest bro-hug.

“If I did know it would be your last, I would have pleaded with the drama leader to allow the rehearsal to linger a little so you and Peter could make us giggle a little more with some frog jump.

“If I did know it would be your last, I would have treasured those great words you shared with me a couple of months ago in the technical department, have them handwritten with the best calligraphic pens, framed and given to you right after doing those frog jumps.

Deborah explained that her father would be attending a wake organised to take place on Friday (yesterday).

“We would be having a memorial service for Solomon in Ottawa Friday evening and it is open to anyone that would like to come. Please, if you make it down, don’t cry because my dad would be there. I also believe that as Christians, we do not mourn, we celebrate life,” Deborah said.

There has been an outpouring of grief by Solomon’s friends and acquaintances on social media since the news of his death broke.

One of Solomon’s lecturers, Ryan Katz-Rosene, also tweeted, “(I am) absolutely devastated to learn of death of my #uOttawa student, #SolomonOdekunle – a kind, thoughtful and bright young man. May he rest in peace.”

The crime scene of Solomon’s death was an extensive area, which the police had to cordon off to gather evidence.

Staff Sgt. Bruce Pirt of the Ottawa’s crimes unit said it was a big scene because they had to analyse all the blood and potential evidence that were found all over the place.

“We do have some bloodletting that covered quite an extensive area, we have to make sure it’s all connected to the same incident. As we investigate further, we’ll be able to tighten up that scene and make it smaller and smaller,” Pirt said in a report by CBC News.

The suspect in the stabbing, who was said to have served a previous two-week jail term for weapons possession, was arrested the day after the attack.

He has since been charged with second-degree murder.

The Nigerian community in Ottawa celebrated the life of Solomon Odekunle at a funeral service at the Redeemed Church of God Living Spring Tabernacle on Cyrville Road on Friday 11 November. 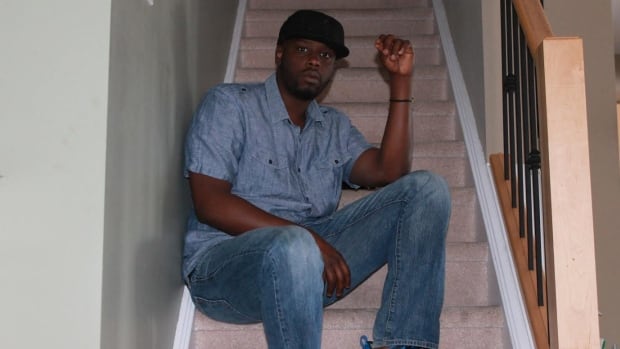 Joe Bryan Ndikuriyo, 27, has been charged with second-degree murder in the death of a 21-year-old international economics student from the University of Ottawa.

Ottawa police say Solomon Odekunle, originally from Nigeria, was stabbed to death at around 2:30 a.m. Sunday morning near the intersection of St. Laurent Boulevard and Ogilvie Road.

Staff Sgt. Bruce Pirt of the major crimes unit said police were working to determine a timeline of events, and called on any witnesses to come forward. 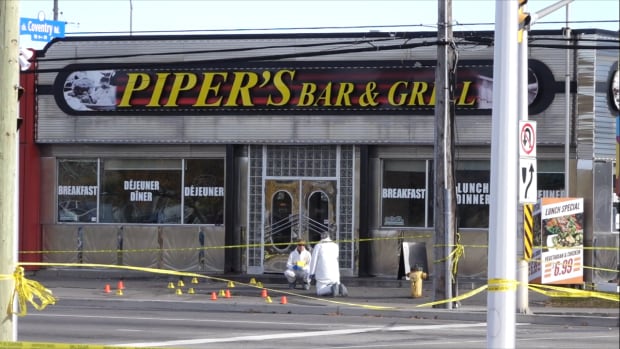 Investigators combed a crime scene in front of Piper’s Bar and Grill, but said they didn’t know whether the incident started there or resulted from a fight that started inside the bar.

In addition to the murder charge, Ndikuriyo was charged Monday with the attempted murder of another person. Police said that person, a friend of Odekunle’s, required stitches.

Ndikuriyo appeared in court with a bandaged right hand Monday morning. Police said he was taken to hospital for medical treatment after he cut his hand during a fight.

The victim, 21-year-old Solomon Odekunle, arrived in Ottawa in 2012 and was studying economics at the University of Ottawa. (Submitted)

Police said Ndikuriyo is an Ottawa resident and known to them.

He had served two weeks in jail for possession of a weapon.